I cannot recommend Andrea highly enough. A year or so ago a friend of mine lost her husband after a long, tortuous illness.  She sunk into grief and after 4 or 5 months did not seem to be moving through the grieving process, but sinking deeper into physical and emotional distress.  My husband and I flew her out to Tucson to spend a week with us, hoping to help.  I took her about 4 times during this week to see Andrea Alagammai, whose treatments were transformative for my friend.  Each day she felt lighter, more energy, more connected with her physiology, and a gradual return of hope for the future.  She looked noticeably more alive and each day brought a greater measure of peace.  I had great appreciation for Andrea’s sensitivity in dealing with my friend’s profound grief, as well as great appreciation for her treatments, which enabled my friend to literally re-enter life.  Now, over a year later, my friend remains profoundly grateful for Andrea.  My friend is flourishing, in no small measure due to Andrea’s help and loving, wise guidance.

I met Andrea when we were working at the same hospital, nearly 20 years ago.  At that time, I was having a very hard time with depression, and was taking strong medications for this. They were not helping, but, even worse, they were causing unhealthy and very unpleasant side effects.

My condition was getting worse, to the point of having suicidal thoughts.  I requested that an ER doctor send me to a mental health facility, because I did not trust myself.  While we were waiting for admission, my son convinced me that I did not belong there; I should come home and he would take care of me.   After I passed through all of this, I realized that I needed to try something different.

I soon started seeing Andrea for treatment.  We did acupuncture, Chinese herbology and Craniosacral.  I improved so dramatically, that I could inform my medical doctor that I was ready to discontinue the medication that I had been taking for 15 years. Because this medication is extremely toxic to the kidneys, I cannot believe that my kidneys are still working, after taking it for so long.

My depression issues were resolving, and I began telling friends and family how well Alternative Medicine worked; I have sent so many of them to work with Andrea.  My behavior had changed, and I was feeling so well.  Around this time, my 5 year-old grandson was having a hard time with behavioral issues, to the point where his doctor suggested he needed to start taking medication.  At 5 years old!

No! Instead, I brought him to see Andrea, and she treated him with Craniosacral.  That was 10 years ago. He responded wonderfully to the treatment and never needed to take that medication; he is now in high school– very intelligent and doing very well.

I am having a wonderful life and don’t need medication or a doctor. I still see Andrea a few times a year for follow-up.  I can never thank Andrea enough for being the “little angel” in my life.  Andrea helped save my life.

Three and one-half years ago, when I was 79 years old, my neuropathy was getting worse.  I had numbness and tingling in my feet and was becoming afraid to move my feet to the gas and brake pedals in the car.  I bought hand controls for the car, but learning to use them wasn’t easy.  I was only comfortable driving very short distances.

Soon after that, I started acupuncture with Andrea, and had 6 or 7 treatments. In less than 2 months, I removed the hand controls, and was driving farther from home.  I quickly regained confidence, and I’ve been driving normally ever since.

Andrea treated my father during the last few months of his life. After his diagnosis of pancreatic cancer, he had been offered very little in the western medicine paradigm, as his cancer was incurable. Although he had only a short time to live, he wanted that remaining fragment of his life to be comfortable and he wanted to participate in his own care.

As a retired RCMP officer and former cowboy, he knew little about alternative medicine, but he was open to accepting the acupuncture and cranial sacral therapy that Andrea offered.

After his first session my father felt profoundly better. He had found the treatment to be extremely calming, so much so that he wanted to continue receiving them.  We witnessed Dad to be almost serene following these sessions with Andrea.  He was emotionally and physically stronger after these appointments and his last months were definitely much better because of Andrea’s intuitive and skillful treatments.

It has been ten years since his death and I know that Dad would want to have his skillful and kind practitioner recognized for the added days of health that she helped create with him.

I have relied on Andrea’s knowledge regarding health and treatment for over 20 years. As a nurse, Andrea’s training and medical knowledge was comprehensive. However, when she combined  this medical knowledge with alternative practices, her skills became more diverse, yet fine-tuned; the results at times seemed even miraculous.

I suffered from a painful cyst on my foot for years. After she administered several acupuncture and reiki treatments, I saw a diminishment and eventual disappearance of this troublesome foot problem that inhibited my movement. With an earlier acupuncture treatment, I experienced dramatic and immediate emotional releases.  I recommend her highly to anyone who would like treatments from an acupuncturist/healer whose expertise and skill embraces Eastern and Western Medicine.

Though I realized  Andrea was an energy healer, I knew her work primarily as an acupuncturist. While visiting our family, our conversation turned to other healing modalities. Curious about Reiki, I asked her to work on my neck and head, as both were feeling tight and painful.

Employing Reiki, Andrea placed her hands several inches above my body. Immediately, I felt huge amounts of energy pouring in as if I had been connected to a powerful generator.

After a half hour of this “off the body” treatment, the tightness in my head and neck disappeared. Without hesitation, I recommend Andrea Alagammai. 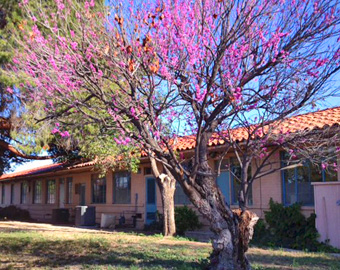